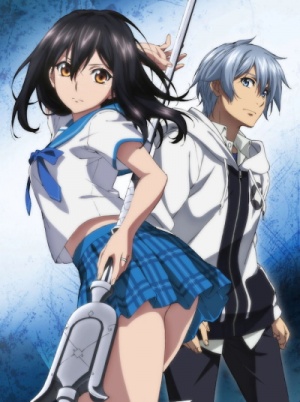 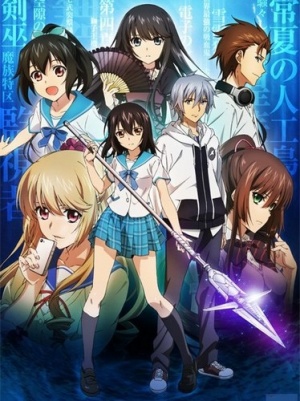 The fourth primogenitor - is the strongest vampire who exists only in the world of legends; yet when this masters the 12 kenju, the spread of the catastrophe of the vampires will appear in Japan. In order to spy on and erase this, "fourth primogenitor," the government-owned Lion organization has decided to send an attacking magician, "sword shaman" to complete the task. Yet unknowingly, the one who was selected to spy was actually a trainee "sword shaman" girl - Himeragi Yukina.
from Autumn Scans

Well, at least I didn't derp TOO much watching this...

Not bad, I like urban fantasy and I want to see where it goes. Although if they're going to show somebody's panties. I prefer to see a woman's, rather than a girls.

Not what I was expecting... turning urban legends and legends of demons, vampires, etc into story of prejudice just like Nagi no Asukura but on an island. Much the same way that Native American Indians were place on reserves. Marginlizing people based on race seems to be an ongoing theme... sadly because it is an ongoing problem. Maybe through these tales, change might be able to happen... only if those watching make the conneciton.

No infringement is intended and this article is purely for informational purposes.
The images of the series are for indicative purposes only.